At Gemological Science International (GSI), we understand that, in the diamond industry, quality and integrity are invaluable. We built our company on the foundation of a management team that is both knowledgeable and trustworthy.

The leading members of our management team have in excess of 30 years experience between them. Their knowledge and expertise in the gem laboratory industry allowed them to build Gemological Science International into the innovative and respected company it is today. Get to know them a little better by reading their profiles below. 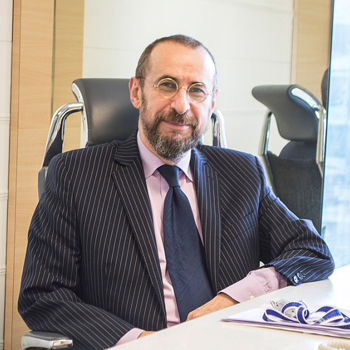 Mark Gershburg is a diamond and gemstone industry veteran with more than 30 years of experience.

Gershburg first joined the industry in 1980 as a grader for one of the world’s largest gem labs. His professionalism, creativity, and commitment were rewarded with increased levels of responsibility over the next two decades, during which time he was promoted to the lab’s director and then CEO. Mr. Gershburg is widely credited with the sustained growth of the lab, including the opening of three branch offices, the creation of one of the industry’s most efficient grading operations, and development of a research team.

Gershburg has played an active role within jewelry industry organizations including the World Diamond Council (WDC), Jewelers Vigilance Committee (JVC), Responsible Jewelry Council (RJC) and the Diamond Dealers Club (DDC) of New York. He most recently served as director of the U.S. Kimberly Process Authority, a trade organization that works closely with the U.S. Government to prevent the infiltration of “conflict diamonds” into the legitimate trade, a position he held for over a decade.

Debbie Azar is powerful business driver with extensive knowledge of the jewelry and gem lab industries and a specialist in working with multi-billion dollar retailers globally. Her entrepreneurial skills and clarity of vision have helped GSI achieve rapid and continuous growth worldwide.

Ms. Azar began her jewelry industry career by starting her own successful costume jewelry business. She then expanded her knowledge of the industry with sales, marketing and business development roles in various companies.

Azar is distinguished by her social demeanor, passion for business and her commitment to meeting customer and industry needs. She is an active member of industry organizations and charities; she currently serves as a Board Member of Jewelers for Children (JFC), Jewelers Vigilance Committee (JVC) and the Responsible Jewellery Council.

Azar has been called as an expert and interviewed on many of the most highly watched and listened to television and radio shows in North America including Fox News and Bloomberg. 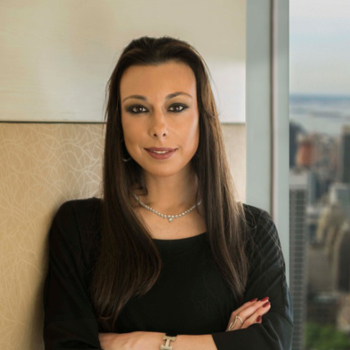