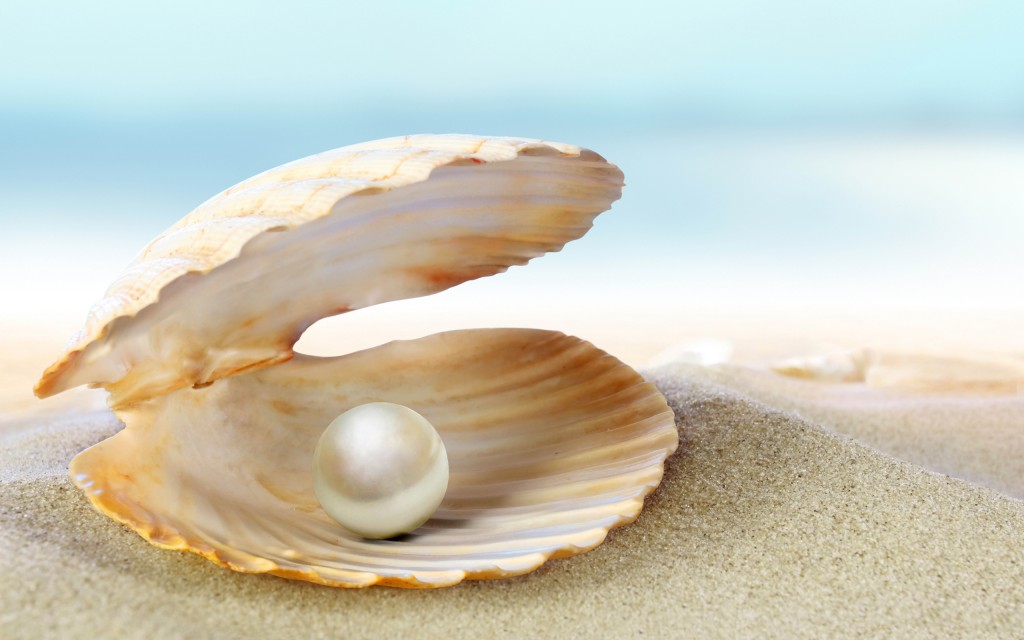 I was carrying out analyses and research work for the degree of Master of Science in Zoology by Research of the Mumbai University, India. My topic was related to pearl cultivation. I had the good fortune to go personally to Tuticorin, Tamil Nadu, South India, to do a workshop on marine water pearl culturing. It was extremely fascinating and thrilling experience to see and actually do nucleation. Therefore I thought this would be an ideal project to focus on and show that such type of work is being carried out in India.

We flew down from Mumbai to Chennai and then further to Tuticorin and then by a boat to the Gulf of Mannar. The boat ride is itself a very enjoyable trip with serene waters and seascape – paradise on Earth!

After almost three hours of boat ride one sees the pearl farm on the horizon. The tranquil waters keeps one mesmerised. Principal and Senior Resaerch Scientists informed that small villages along the Gulf were adopted and pearl cultivation was being taught to them on a regular basis.

In the Gulf of Mannar there are about 65 well known pearl oyster beds or Paars located between Rameshwaram and Kanyakumari. The term Paar can be defined as patches of hard ground formed from the remains of shells, corals, sand and organic material cemented to form a continuous mass by calcium carbonate. The Paars are located almost parallel to the main land. They lie at a distance of 12 to 20 km away from the coast and at a depth of 15 to 25m. The extent of these Paars varies from few hectares to several square kilometers.

The Pearls banks are divided into three divisions viz. the Northern, Central and Southern division. The Northern division Paars are relatively shallower in depth from 10 to 14m. The Central and the Southern Paars are very extensive and deep about 19 to 25m, these Paars are the most productive. On the Paars, pearl oysters are found attached to live or dead corals, rocks, calcareous algae and sponges with their byssus (thread like protrusions from the oysters).

As is well known pearls are formed in the Molluscan class Bivalvia which means that the oyster has two symmetrical calcareous valves or shells and mantle tissue. The pearl oyster belongs to the Genus Pinctada which comes under the family Pteriidae. In India six species of pearl forming oysters have been recorded, of these Pinctada fucata is the most dominant one.

What is Natural Pearl

A pearl can be formed by natural process without the interference of man in which case it is called natural pearl. When man injects a nucleus inside an oyster and the pearl formed subsequently is called cultured pearl. Pearls produced today in the Gulf of Mannar are all cultutred pearls.

Mother of pearl is actually the inside part of a shell. If one observes the inner side of the shell it is generally very attractive milky white with pearly luster. It is composed of the two layers calcite and aragonite which form the mother-of-pearl. 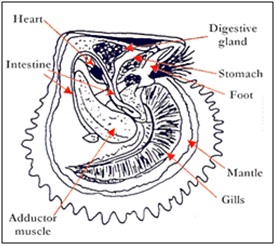 Mantle is the fold of epithelial tissue or the skin like material which covers the animal loosely beneath and above, the two halves being joined to one another along the hinge line of the shells. In fact this skin i.e. the mantle plays a very important role and is responsible for the formation of the shell as well as the pearl.

The three layers of mantle tissue ooze out three secretions; the outer most layers secrete Conchiolin which is proteinous, gelatin like material which forms the bonding material, from the next layer secretion precipitate fine crystals of Calcium Carbonate in the form of Aragonite. The inner most layer secretes extremely fine grained Calcite another form of Calcium Carbonate.

At Tuticorin oysters are bred and nucleated for creating cultured pearls. Today markets are flooded with freshwater pearls which are bulk produced i.e. in every shell one can cultivate as many as 60 pearls at one time. So what makes these pearls very attractive is the fact that they are marine water pearls produced in the oyster (Pinctada fucata). In these oysters only one pearl can be produced per oyster and that takes about two years.

Pearl Culturing is done in the following stages: 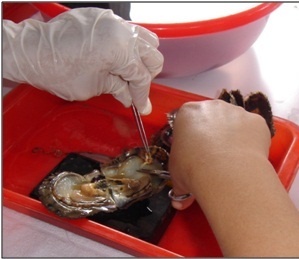 Around October and November pearl farmers collect the oysters of 3-month old molluscs from the paars. The two items needed to induce the formation of cultured pearl are a piece of mantle tissue and a nucleus. The good, healthy molluscs are categorized into two types: Donors and Receptors. The donors are the oysters which give the mantle tissue for the pearl cultivation. The Receptors are those oysters in which the pearl is cultivated. The mantle piece taken from a donor oyster is grafted into the gonad of the receptor oyster along with a spherical shell bead nucleus. The different stages followed in the operation are (1) Selection of Oyster, (2) Preparation of Graft tissue (3) Conditioning of Oyster (4) Pearl Oyster Surgery (5) Post Operation Care. 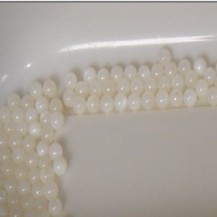 The mantle tissue strip is removed and cut into fine square pieces, this is done under anesthesia so the tissue is living – it is almost like plastic surgery. Beads made from mother-of-pearl (shell material) are used as the nucleus for the cultured pearl. 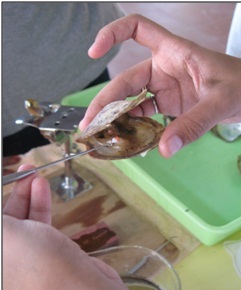 Problems encountered during the nucleation: Grafting of the mantle tissue into square shaped pieces, quick insertion of the nucleus and the limited time allotted for the same were major difficulties that needed expertise. 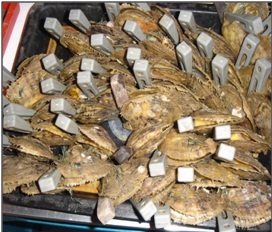 The oysters are kept in nylon nets and attached to the rafts. The rafts have the advantage in that once the oyster is returned to the sea it can be shifted to different parts of the bay depending upon the temperature, salinity and other ecological conditions of the water. The live mantle tissue forms a pearl sac inside which resides the nucleus-bead. The tissue being live it secretes layers of nacreous material on the bead nucleus giving rise to a cultured pearl. We could not wait for 24 months to see the result of our work but we were lucky to see the harvesting of pearls which were nucleated some 18 months ago. 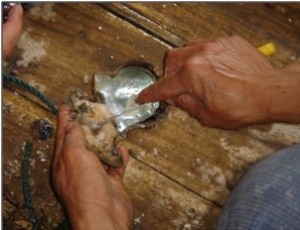 After almost 18 to 24 months the oysters are removed from the water for harvesting. We witnessed how the two year old implanted oysters were again brought out and opened to remove the pearls. It is indeed fascinating how beautiful pearls are produced perfectly spherical with excellent pearly luster.

It is indeed a wonderful experience and a sense of suspense when the oyster is being opened. And when a lustrous pearl pops up it is a sheer joy!

Having personally done and witnessed all the stages in the pearl cultivation it has definitely given me an awareness and understanding of pearls and pearl cultivation in particular which otherwise would have been just theoretical knowledge. It was indeed a wonderful experience.

GSI Helps You Understand the 4Cs of Diamonds and More… Hosts workshops at IIJS Signature 2013, Mumbai