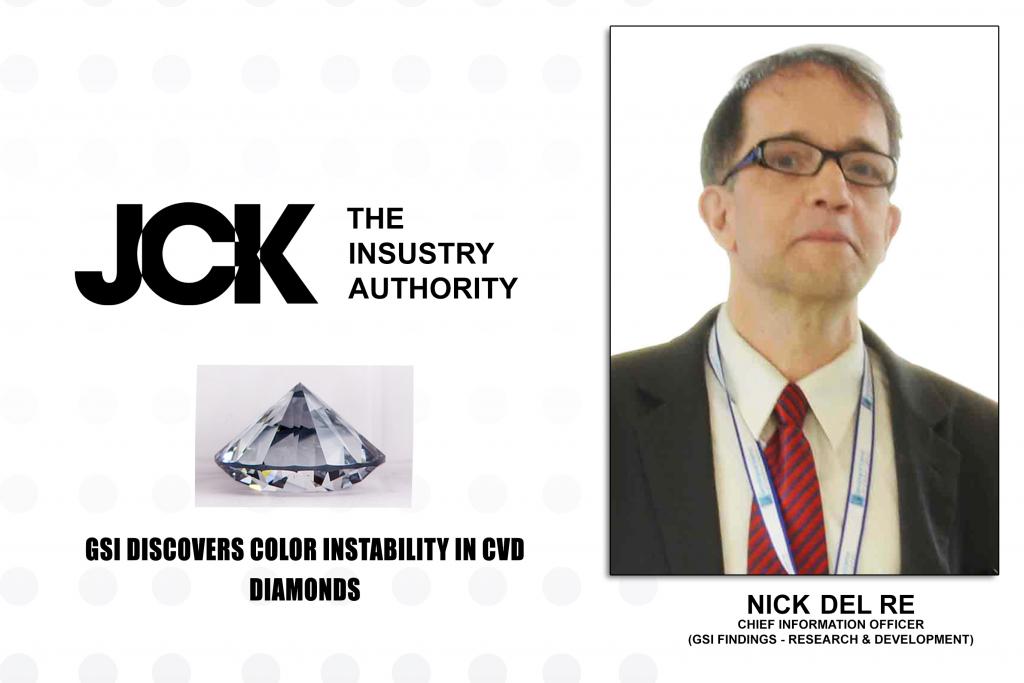 NEW YORK – December 3, 2019 – Researchers at Gemological Science International (GSI), one of the largest gemological organizations in the world, witnessed a case of extreme color instability of a CVD diamond within its laboratory testing facility.

During standard testing procedure, a 2-carat CVD diamond in GSI’s laboratory was exposed to high powered UV rays and went from near colorless to blue color.

The stone then was returned to the vault and stayed in it for a week and a week later the stone still retained the blue color. While it’s known that CVD diamonds can change colors under this type of ultraviolet light or extreme heat, typically a diamond of this variety returns to its normal color after 30 minutes to an hour of direct sunlight. The GSI lab team discovered that under standard ambient lighting conditions, this particular stone took two and a half hours to return to normal color.

Though the GSI team stresses that most CVD diamonds do not change to this extreme, they emphasized the importance of lighting conditions when color grading diamonds.

“It is strongly suggested that all laboratory-grown CVD diamonds are placed in a full-spectrum light box for at least 30 minutes before color grading,” said Nicolas Del Re, Chief Information Officer of GSI. Based on these findings, he notes that color changes may happen through casual use as well.

“When wearing out in the open, CVD diamonds may change in coloration upon even subtle exposures to electromagnetic radiation such as UV rays on a sunny beach or under a blacklight in a nightclub for example,” said Del Re, noting its due to Photochronism. “We have the electrons in defects within a CVD diamond causing the energy state to change and in turn affect the way color is absorbed on the visible spectrum.”

Gemological Science International (GSI) is one of the largest gemological organizations in the world. Founded in 2005 in New York City, it has since grown to have 13 gemological lab facilities spanning four continents. Utilizing leading-edge processes and proprietary technologies, GSI provides manufacturers and retailers globally with a wide range of gemstone identification and grading services. The company is committed to advancing gemological research through its Research Center, and it offers gemological educational programs for trade professionals and the public at all levels.